Site reliability engineering (or SRE) and DevOps seemingly overlap in a multitude of realms. The question that has arisen with newfound innovations in the technological fields is whether or not SRE is replacing DevOps. Before coming to a relatively subjective consensus, I think it is important to explain the two and their similarities and differences.

SRE is used as an approach and management tool to address software and IT-related operations, solve certain problems, and automate specific tasks. This implementation reflects a shift in operations that were typically manually done by software engineering or operation teams to address production systems and such to a more centered practice where large amounts of data and code can be better managed. SRE hones in on prioritizing automation- to speed up tasks and increase company efficiency while also ensuring user reliability. In this sense, SRE teams are in charge of the deployment, monitoring, and configuration of code. They also tackle latency, bug responses and improve the capacity of services when in production.

The commonly known approach of DevOps comparatively incorporates a broader range of services. DevOps takes part in the design, automation, and delivery (e.g., rapid responsiveness). In all honesty, the line between SRE and DevOps from an outsider looking in gets blurry. The technicalities in which they differ are a matter of outcome orientation of what can be done versus how this said thing is done. Ultimately, SRE cannot replace DevOps because they don’t necessarily encompass the same activities. SRE entails programming, writing code, optimizing for automation, addressing tickets, resolving issues, and partaking in deployments. DevOps in a pseudo-parallel fashion help make deployment easier for development teams, maintain virtual and cluster environments, among other things.

Diving further into the fact that SRE and DevOps are complementary, let’s look at how their titles indirectly reflect their respective responsibilities. As the acronym “SRE” denotes, engineers concern themselves with Site Reliability. They focus on live servers to ensure robustness, uptime and address scaling. They narrow in on operational tasks in contrast to development or (new) implementation issues.

However, when it comes to “DevOps,” a team (or engineers, product owners, developers, SREs, and such) works on tasks like deploying code, setting up servers, environment maintenance, and other end-to-end processes. The role is a bridge that seemingly connects development and operations through collaboration and interaction with diverse players- helping to achieve faster deployment (by doing things like addressing and budgeting errors) and strengthening the overall infrastructure surrounding core code.

I think that opposed to asking whether SRE is replacing DevOps, we should acknowledge that they individually have their strengths but are both going to remain part of our current and future technological worlds. Having SRE and DevOps enables you to approach situations with different perspectives while adding additional support to existing teams. 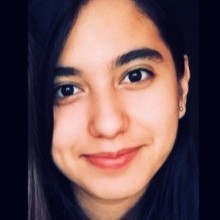 Hannah works with our customers to understand their needs and help define the future of debugging and application observability.