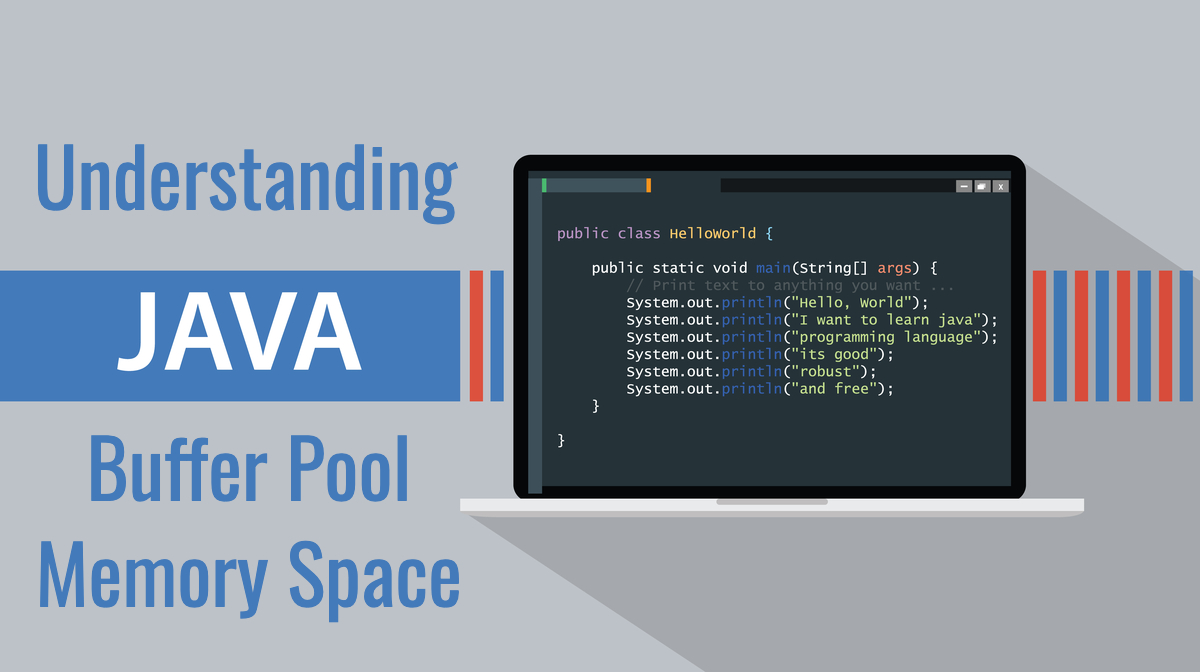 WHAT ARE BUFFER MEMORIES:

Buffers are transit memory locations for data on transit from point A to point B in a computing system. Buffer memories are relatively found in almost all computing devices, from SmartPhones, Network devices(Switch, Routers) to Computers.

But we will be understanding Java buffer pool memory space in this article which has been managed by Byte Buffer.

In Java programming, when using functions like getter and setters to manipulate or move data, or perhaps retrieving a large chunk of data or interacting with external input devices or looking to work with efficient memory access to files, the java.nio.ByteBuffer class is an efficient alternative to objects found in traditional Java language. Furthermore, a ByteBuffer is a class library for managing buffer memory operations in Java.
ByteBuffer operations are categorized into Direct and Non-Direct, let’s take a look at both ByteBuffer categories.

A direct buffer performs its native Input/Output operations directly to the buffer memory without any intermediary memory. When working with a direct buffer, instances could be created using the ByteBuffer.allocateDirect() method and on creation, the buffer returned has a somewhat higher allocation and deallocation cost compared to the other non-direct buffer.

‍
And as earlier highlighted, contents of the direct buffer and other buffers are outside the managed garbage collector area, making the impact upon the applications or system memory not so obvious. Directly mapping out a file to a particular buffer memory region is one of the ways of creating a direct buffer

There isn’t much about non-direct buffers as they are created by using the ByteBuffer.allocate()

class, essentially the major difference would be its handling of transition data and memory allocation as there could be intermediary memories in its Input and Output operations